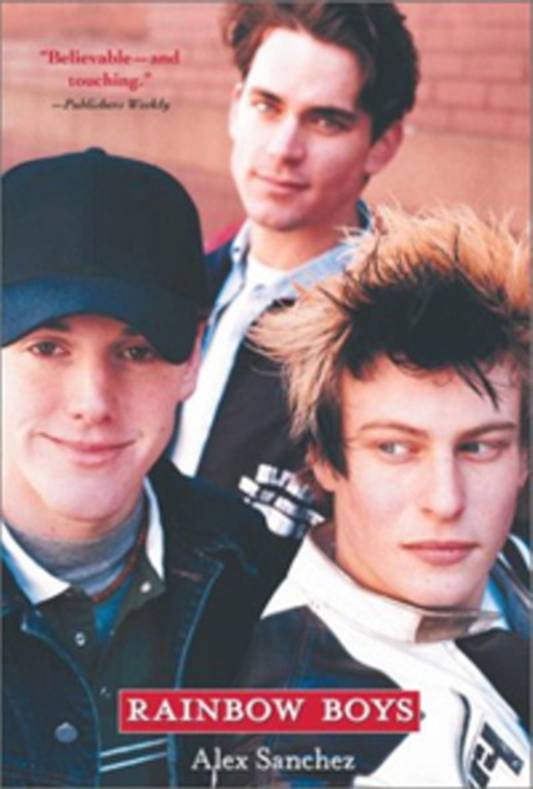 Young adult fiction with gay/lesbian content began appearing in 1969 with the publication of John Donovan's I'll Get There. It Better be Worth the Trip. Since that time, more than 120 YA novels with gay/lesbian content have been published. Although they differ from each other in setting, plot, and style, the books' gay/lesbian content is manifest in a few basic characters and scenarios: the single gay male living an isolated but exemplary life as sidekick or mentor of a straight male protagonist; two gay/lesbian teens whose mutual attraction blossoms into romance; and the straight teen who comes to terms with the gay identity of his/her father, uncle, older brother, mother, aunt, or teacher. Most of the stories are told from the perspective of a heterosexual protagonist, and the message is one of "getting to know you" toleration with genuine acceptance somewhere on the horizon. Fictional teens struggling with sexual identity issues rarely imagine--much less come in contact with--any sort of gay/lesbian community. And the sympathetic friends that gay/lesbian teen characters do find are invariably straight. A fictional teen who acknowledges his/her gay/lesbian identity is courageous, resourceful--a survivor. But after coming out--and after the tumult and the shouting die--the fictional gay/lesbian teen will generally remain a brave-but-lonely outsider as he/she stoically waits for the (eventual) appearance of Mr./Ms. Right. Only a handful of YA novels with gay/lesbian content do not include any of these patterns. Rainbow Boys is one of these exceptions.

The book's story is told from the alternating perspectives of Jason, Kyle, and Nelson, three high school classmates, each of whom is wrestling with issues of sexual orientation. Jason, a high school jock with a longtime girlfriend, struggles to come out to himself as he acknowledges his growing attraction to men. Kyle, an intelligent but shy ugly duckling with glasses and braces, accepts his own gay identity but struggles to quell his seemingly hopeless long-time crush on Jason. Nelson, Kyle's flamboyant best friend, is an out gay teen whose multicolored hair, multi-pierced ears, and camp sensibility reflect his certain acceptance of his own gay identity. Nelson, however, faces perhaps the most overt struggle of the three in his continual battle with--and resistance to--the ongoing verbal and physical harrassment from his homophobic classmates.

These are the Rainbow Boys, and the story is their story. The narrative is told from behind their eyes in three shifting personal narratives. And through the perspective of Nelson, the flaming queer finally has his say. To his straight classmates, Nelson is Nelly, an object of ridicule and target of abuse. But to his friends--and the readers who come to know him--he is a quick-witted and verbally adept survivor. While there is a same-sex romance, it is the fact that the reader sees three gay teens who are mutually supportive friends that makes this a truly remarkable novel.

Rainbow Boys portrays a gay/lesbian community that these three protagonists can move in and out of as they attend Rainbow Youth meetings, campaign for a Gay-Straight Alliance, and just hang out after school--eating brownies, listening to music, doing homework, and looking forward to the large and interesting world that awaits them after high school. After 33 years and more than 120 books, it's about time.